It is busy as usual here and very HOT! God has been faithful and this past week there was one event in particular that involved a bomb scare in downtown Jerusalem at a very busy train stop down one of the main streets (Jaffa st).

We are feeling very thankful for the amazing security here as our little family was riding the light rail that morning on our way to THAT very street when it stopped at one of the earlier stops and was ‘delayed until further notice due to emergency procedures’. We waited on the train for close to 1/2 an hr before deciding to get off and walk the rest of the way into town. When we got to Jaffa st it was closed off with lots of police and onlookers.

All thanks to a vigilant security guard at the train stop noticing ‘suspicious behaviour’ from this man and reporting it. He was found to be carrying 3 pipe bombs and several knives in his bag and was apparently planning to carry out a combined bombing and stabbing attack on board the light rail. Click here  andhere for the story.

Both James and I have witnessed at least one bomb scare each just in the last week alone. James on his way to work one morning where there was a bag left on a seat on the sidewalk and me (with 3 kids in tow) at a different light rail stop where someone had left a bag on a bus parked next to the train stop. Both were false alarms but it they can never be too careful checking these things out so the areas are evacuated till special forces have  checked over the bag for any potential danger.

We are constantly reminding ourselves and each other to not be fearful, but to hand our worries over to God and rest in His protection. Reading the bible helps a lot and prayer is so powerful in thwarting these attacks. Thank you all for your prayers for the safety of our family and for the peace of Jerusalem. IT MAKES A DIFFERENCE!!!!  😀 God is working for the security of Israel, we really see this here as many many terrorists are detained and caught before they were able to carry out what they intended. Read one awesome example of this here. Sometimes multiple times a day in various locations around Israel knives and weapons are found in bags and confiscated before anybody can be hurt. SO, keep praying, keep up the prayers of protection and safety and peace for Israel. 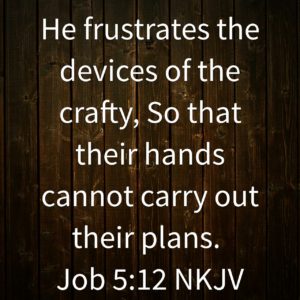 * Lucy’s cast is OFF and she is walking around and slowly getting used to using that leg again. She is a much happier little chicken now that she is cast-free and able to get around by herself once more.

* Thankful for amazing friends here and the kids being able to enjoying birthday celebrations and fun play dates with special friends.

* We start packing and move into our new apartment at the end of next week! Yipee!!

* We are coming to NZ mid-September till the end of October and are looking forward to catching up with people whilst we are there! We then head back to Israel for another 2 year commitment period, exciting stuff!

Have a wonderful week everybody 🙂
Maddy, James, Izzy, Lucy and Reuben

So whats Sukkot about? We give a few insights to some of the activities that are so common in Israel during this season each year. Come have a look at our little sukkah...