Sorry its been awhile since we’ve posted an update. I know you must have been hanging on to the end of your seats with impatience and anticipation to hear from us ;P  Its been 3 weeks believe it or not! We are all good over here. James decided to take a breath and step back a bit with video making. He realised that he was his own worst enemy in that he was pushing himself too hard, trying to make each video better than the last and putting in some serious hours and a nice wee dose of stress over it. It has been refreshing to slow down and rethink our communication strategy, if you will. We want to focus on getting out short messages regularly so that you can see what we are up to and remember to keep us in your prayers! And keep Jerusalem, and the land of Israel in your prayers.

A big thankyou to the people who have been speaking words of wisdom to us and encouraging us over the past few weeks with support and guidance on not overdoing it and maintaining a healthy balance here in Jerusalem between work and family and everything in between. Toda!

Roughly 3 weeks ago Maddy had a bit of an incident occur as she was entering our apartment building one afternoon after coming home from the park. She had Reuben in the baby carrier on her front, Lucy in the pram and Izzy walking with her and a young man followed her into the entrance to our building. Long story short, he became forcibly and inappropriately close after an initial interaction and Maddy fortunately was able to strongly shove him away whilst pulling the kids close to her and through the inner door, and hold her pepper spray up in his face (without letting it off, just letting him know that it was there and she would use it if he came close again) at which point he decided he was out of there! We had been gifted the pepper spray only the week before, so God is good in His provision and preparation 😀

We are telling this story not to worry anybody, but to bring awareness again that while life here in Jerusalem is awesome and rewarding and rich in so many ways, it’s also hard and challenging and we appreciate your prayers and we need your prayers! We were able to share the story and encourage other young women and families to get pepper spray and be prepared ‘just in case’ something happens. And most of all we were able to learn a lesson of being prepared and of trusting in God for our safety and protection. AND the realization and conviction that we will NOT submit to the fear of man, but will rest in the knowledge of God’s love and protection over us as we serve Him where he has called us to be. 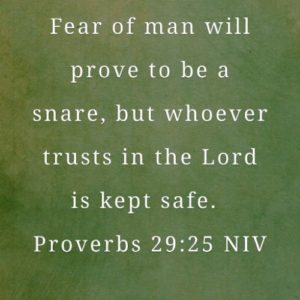 As we celebrated Passover this year we sat down with the kids and recorded their version of the Passover story... then we had fun recording some scenes to put to their narrative. Well done Izzy (8), Lucy (6) and Reuben (4) ... and Maia (1) Love you guys.